The origins of Black Light Theatre date back to the ancient China, when its principle was used for magician performances. Its modern version originated around 1950 as the merit of French avant-garde puppeteer George Lafaille. In 1955, his performance was seen by the puppeteers from the ensemble Salamandr and the Theatre of Spejbl and Hurvínek, who brought this type of theatre to Czechoslovakia, where it spread in the sixties owing especially to the artist Jiří Srnec. New approaches above all in the area of the use of puppets in the Black Light Theatre animation are the merit of František Tvrdek. Currently it is a popular theatre attraction because of its general comprehensibility.

If we look deep into our soul, we can see a child trapped in his fears. WOWs show tells the universal story of a man searching for the child inside him, and the path of each one of us to overcome the fears we carry with us since childhood. The protagonist, accompanied by a funny witch, looks deep into himself and visits every room in his soul. Each room provides him with a magic dreamlike world, but the magnificent places are governed by fears, spider nets and giant spiders.

The show "plants" thoughts in the observer's mind, and he takes them with him on his way back to reality. Thus the beauty of the story is not only in the colors and shapes and the many surprises along the show, but also in the interpretation and the sensation that every one of us can experience in every part of the show. 65 minutes of a magnificent show for the whole family, telling the story of each one of us.

Book now and pay in Prague. Tickets will be delivered to you to the hotel. 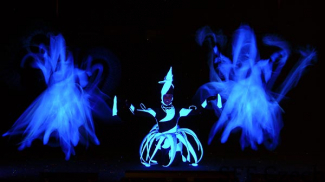 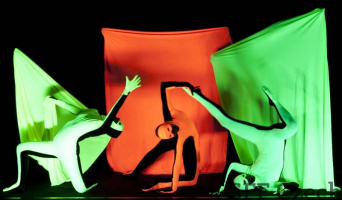 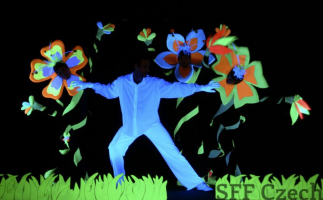 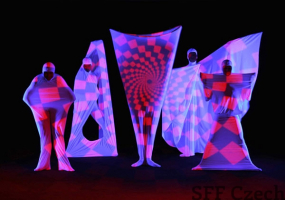 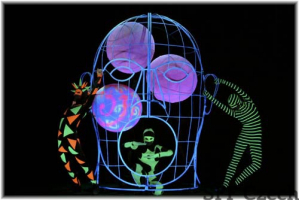