High Gothic castle  Karlštejn founded in 1348, which has a unique position among Czech castles. It was built by Czech King and Roman Emperor Charles IV as a place for safekeeping of the royal treasures, especially Charles's collection of holy relics and the coronation jewels of the Roman Empire.

The first stay of Charles IV in the castle is documented in 1355 when he came to supervise the building works as well as the decoration of interiors, especially the castle chapels. The construction of the castle was finished in 1365 when the Chapel of the Holy Cross situated in the Great tower was consecrated.

Entirely unique is the original decoration of wall paintings dating back to the 14th century, collection of 129 panel paintings by Master Theodoric in the Chapel of the Holy Cross (the world largest if its kind), the largest portrait gallery of Czech rulers in the country, exhibited replica of crown of the Holy Roman Emperors and St. Wenceslas crown - the coronation crown of the Czech Kings as well as the unique castle water well.

The price is including services of a professional guide and pick up clients at the agreed place. The guide is private only for ordered number of clients.

Tour 1 includes historical interiors of the Imperial palace and the lower floors of the Marian tower with valuable equipment of 14th to 19th centuries. (Courtier's Hall, Hall of Knights with chapel of St. Nicolas, Chapter Deanery, Royal Bedroom, Audience and Banquet Halls, Hall of Ancestors, Treasury and Jewels Hall, former castle prison). Visitors are required to join a guided tour; groups are of maximum 55 people, which takes approx. 50 - 60 minutes.

Tour 2 passes through the Marian and Great towers and offers visit to the Church of Our Lady, Chapel of St. Catharine, former Sacristy, suspension wooden bridge, museum of lapidary, castle's picture gallery, library with exposition of the last reconstruction of the castle as well as the Holy Cross Chapel. The Tour II including the Chapel of the Holy Cross will be open from 1st May 2013 till 3rd November 2013. 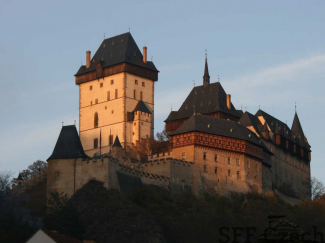 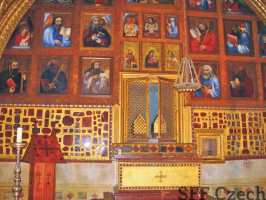 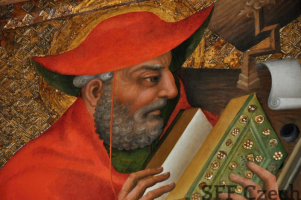 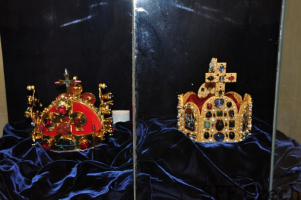 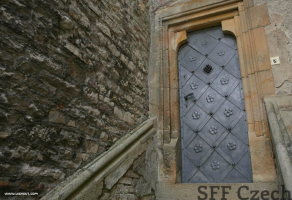 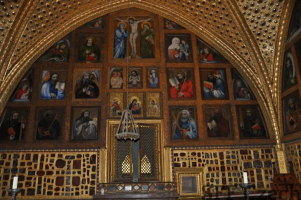 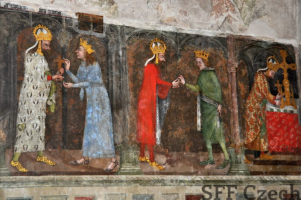 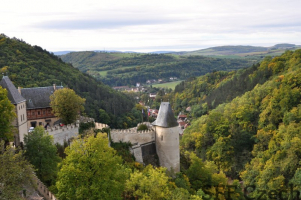 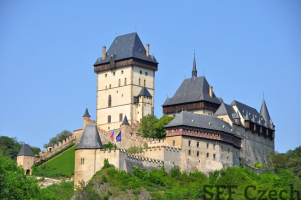